Max Brockbank, Liberal Democrat candidate for Whitefoot Ward, is calling for coordinated and imaginative action by Lewisham Council to tackle flytipping and litter in our streets and green spaces.

In the past few weeks the Lib Dem team has reported numerous flytips, to Phoenix and Glendale as well as to the council. Lewisham’s road sweepers are ideally placed to report problems that they see on their rounds, but have no easy means of alerting Phoenix or Glendale if the rubbish is on land they manage. 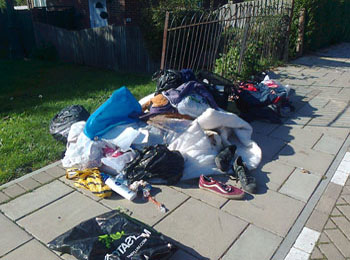 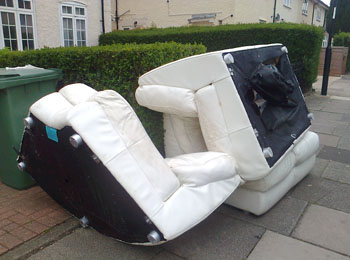 Prevention is better than cure, and we have suggested to Phoenix that their caretakers ensure the gates to the courtyards behind flats in Crutchley and Evans Roads, and other blocks in North Downham, are kept closed, preferably locked, to deter flytipping and dog fouling.

Some problem areas are the result of poor organisation. The alleyway between Boundfield and Persant Roads is often unswept because it isn’t included in either roadsweeping round.  Similarly the path from Bromley Road to the South Lewisham Health Centre has clearly not been touched for months, as it is full of weeds and accumulated litter. The litter bin on the corner of Beachborough Green is frequently overflowing because it isn’t on a regular Glendale round.

Much of the ‘rubbish’ that is dumped could be re-used or recycled.  The Council offers a free collection scheme for mattresses, yet they are often just left on the street.  Better publicity is needed, as well as promotion of charity collections (British Heart Foundation will collect electrical equipment and refurbish it) and Lewisham Freecycle where you can exchange unwanted items. 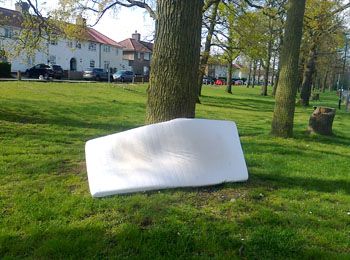 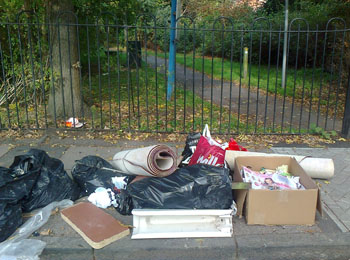 Max says, “It is a ridiculously long drive from Whitefoot to the tip at Landmann Way. Until Lewisham Council can negotiate an arrangement for us to use Bromley’s facilities, they should designate a ‘bulky refuse day’ every six months, when residents can clear out their shed or attic and have their unwanted goods collected for free."

“Lewisham continues to have a poor recycling rate compared with neighbouring boroughs. We need some lateral thinking around publicity for re-use and recycling, and effective coordination among the different agencies on flytipping. The Phoenix initiative in planting up the corner greens was a great example of imaginative thinking, and it has worked." 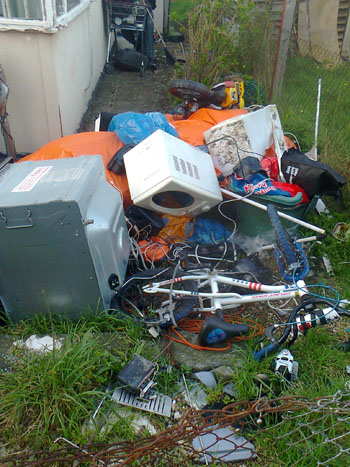 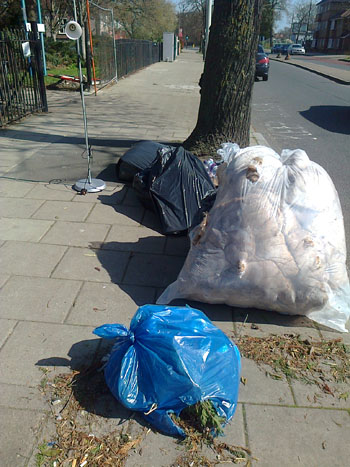