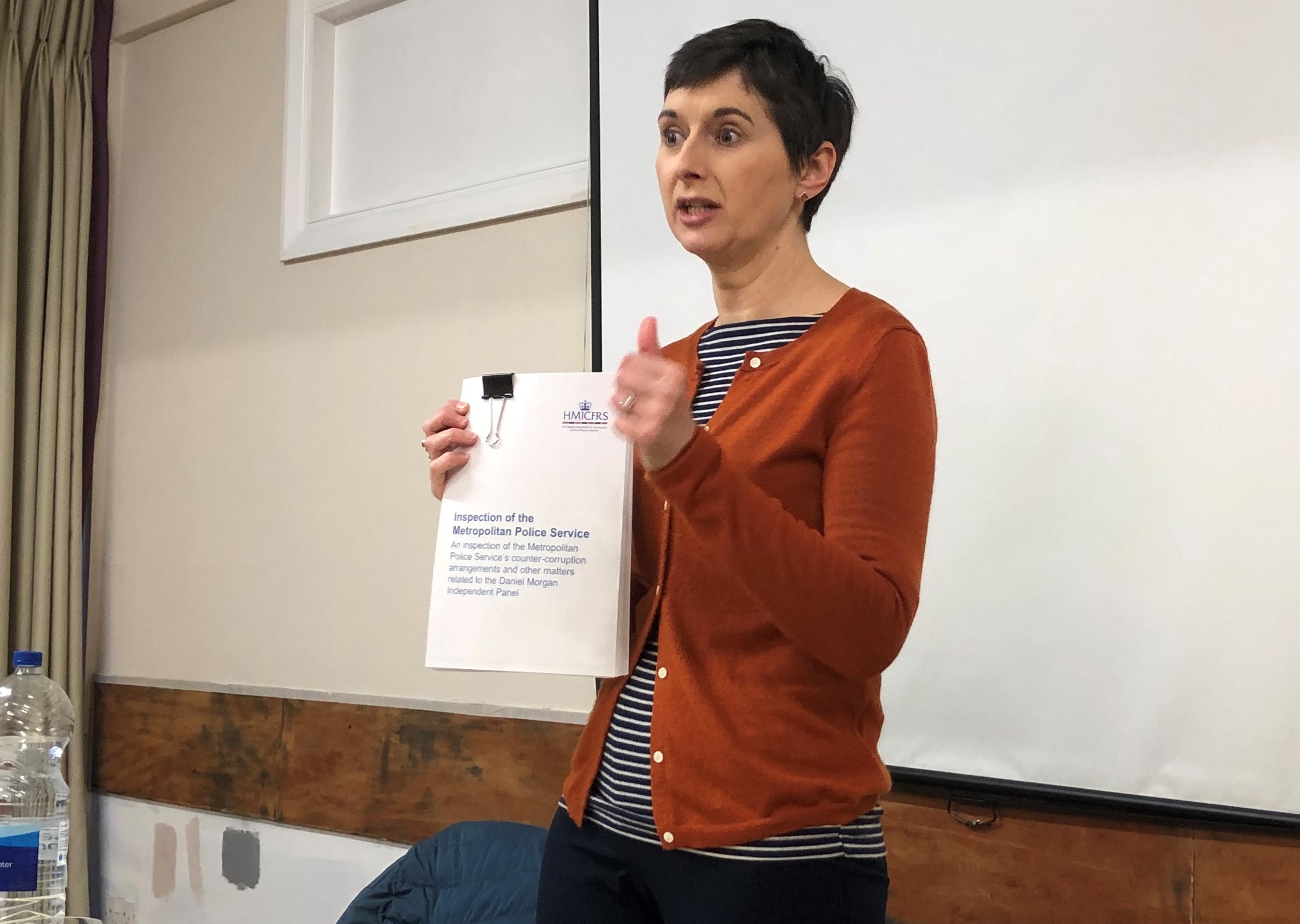 It is always a pleasure to hear from Caroline. When she visited Lewisham on 30 March she spoke to us about the latest watchdog report, which highlights the need for urgent and fundamental change. She spoke about her work to ensure that Londoners have the police for they deserve, one that truly serves each and every Londoner.

As Her Majesty's Inspectorate of Constabulary and Fire and Rescue Services released its report into the Metropolitan Police's anti-corruption practices, Caroline Pidgeon said:

The report by HMIC into counter-corruption in the Met Police and other issues arising from the Daniel Morgan Independent Panel Report is damning. Urgent and fundamental change is required, particularly internal procedures for managing evidence and issuing warrant cards.

2000 unaccounted for warrant cards is frankly shocking and completely unacceptable, especially considering a warrant card, though not missing, was part of Wayne Couzens’ method of entrapping Sarah Everard.

Police officers put themselves at risk every day to keep us safe, but are being let down by poor leadership. We can't wait for a new commissioner for changes. I want to see a clear outline of actions the Mayor will be taking as the Police and Crime Commissioner for London.

In terms of appointing the new Commissioner, Liberal Democrats want to see a cross-party confirmation vote by both Parliament’s Home Affairs Committee and the London Assembly Police and Crime Committee, to ensure a robust and transparent appointment process.