Firstly, Lewisham council needs to catch up. Although per capita emissions in Lewisham are low compared to some areas, this is mostly down the kind of place we are (ie we travel less by car) and UK-wide progress in decarbonising the electricity sector (see Ed Davey on why).

This year will see the 26th international climate change conference (COP26) – the first was in 1995. In all that time, the science has been clear that we need to cut carbon emissions drastically. We’re in an emergency because governments – national and local – have failed to act.

Lewisham is a case in point. As we’ve pointed out before, a third of council properties would be illegal to let because their energy performance is so bad. And over two-thirds of Lewisham schools won’t meet the energy efficiency needed to reach net zero emissions (below level C on their Display Energy Certificate ratings).

And, apart from a single trial vehicle, there are no electric vehicles in Lewisham's own fleet, nor that of Glendale (their parks contractor) nor Lewisham Homes. They are replacing their current refuse vehicles, but again not including electric vehicles which are starting to come onto the market.

So what would we do? Our five point plan to make Lewisham carbon neutral would focus on:

1. Putting Lewisham’s own house in order.

Councillors can’t expect everyone else to change if they don’t sort out their own emissions. So the first priority would be to take responsibility for the council getting to zero emissions. This means all buildings providing council services need to have high standards of energy efficiency. . And it needs to start now, particularly using underspends in the schools and housing capital programmes to tackle this, as well as being prepared to borrow for this work paid back in reduced running costs.

It also means all the fleet of vehicles used by the council and its contractors need to be electric. And it means looking at the council’s supply chain to cut emissions from those it procures from.

Our homes in Lewisham are responsible for half the borough’s emissions. Relatively little progress has been made in reducing emissions from the energy used for heating and cooling in buildings. This is mainly due to Britain’s notoriously poor standards of building insulation and an ageing housing stock, coupled with a heavy reliance on fossil fuels, mainly gas, for residential and commercial heating.

Nationally, Lib Dems are calling for a decision on how the UK will heat its homes in the next three years so that there is a plan to end the use of gas boilers. Locally, we’d first prioritise raising homes with low incomes households to EPC Band B and trial new ways to heat council and other buildings responsible for high emissions. We’d ensure all council homes have much higher standards of energy efficiency and require that all new council backed housing is built to Passivhaus standards (which are higher than the Mayor of London’s minimum).

Transport is the second largest sector for emissions in Lewisham. We’d send a clear signal of our intent on transport by opposing the Silvertown crossing (the motorway under the Thames proposed by Sadiq Khan – Lewisham Labour policy is just to push it a bit further away) and we’d oppose expansion at Heathrow and London City Airport. All of Lewisham to be covered by the Ultra Low Emission Zone – Sadiq Khan’s plan only goes as far as the South Circular.

Locally, we would prioritise walking and cycling across the whole borough, tackling dangerous junctions, illegal parking and improving the public realm. Lewisham is rated the second worse inner-London borough for walking and cycling. We want to make it the top-rated borough.

4. Work with nature to store carbon and reduce the impacts of climate change

The UK can’t get rid of all its emissions (for instance from agriculture and industry) so there is a need to store carbon in trees and in soil. While it’s great that Lewisham is supporting more tree planting in parks, the council also needs to focus on new street trees. This would help reduce the negative impact of the climate change that is already locked in, and which will mean that London faces more severe heat waves. The hard surfaces of our streets add to the heat effect so we’d prioritise planting of street trees to reduce this impact.

We’d also review the local spatial plan to make sure new housing isn’t at risk from flooding. Lewisham has one of the highest rates of exposure of homes to flooding. While the Thames Barrier helps protect us now, it’s forecast to be less effective by mid-century. We’d also therefore put a greater priority at sustainable drainage schemes, including what can be done to naturalise our existing rivers as the Quaggy Waterways Group have called for. 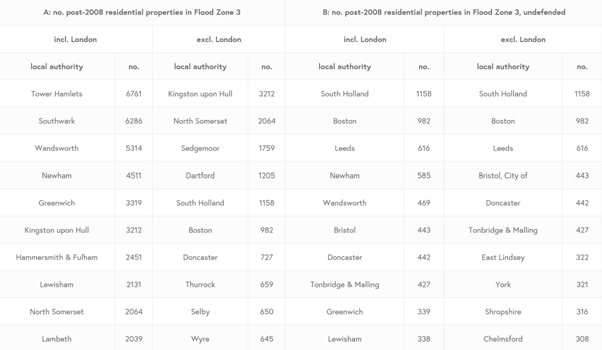 For the UK to get to net zero means big changes that will affect all our lives. No petrol driven cars. No gas boilers. No more draughty homes. And all in the next ten years. There is a danger that the cost of these changes will hit those on the lowest incomes most.

So, as progressives, we’d ensure that there is a “just transition” with all policies making clear the distributional impact on different household incomes. We would also carry out a proper citizens’ assembly so that Lewisham residents are at the heart of deciding how to get to a zero carbon Lewisham. The council’s idea of democracy is to consult the local Labour party. We’d genuinely democratise decisions on our future.