The Liberal Democrats received more votes than any other party in the London Borough of Lewisham in the European Parliament elections.

It comes after Remainers across the UK swung behind the Liberal Democrats in the campaign to Stop Brexit. Here are the main results for Lewisham... 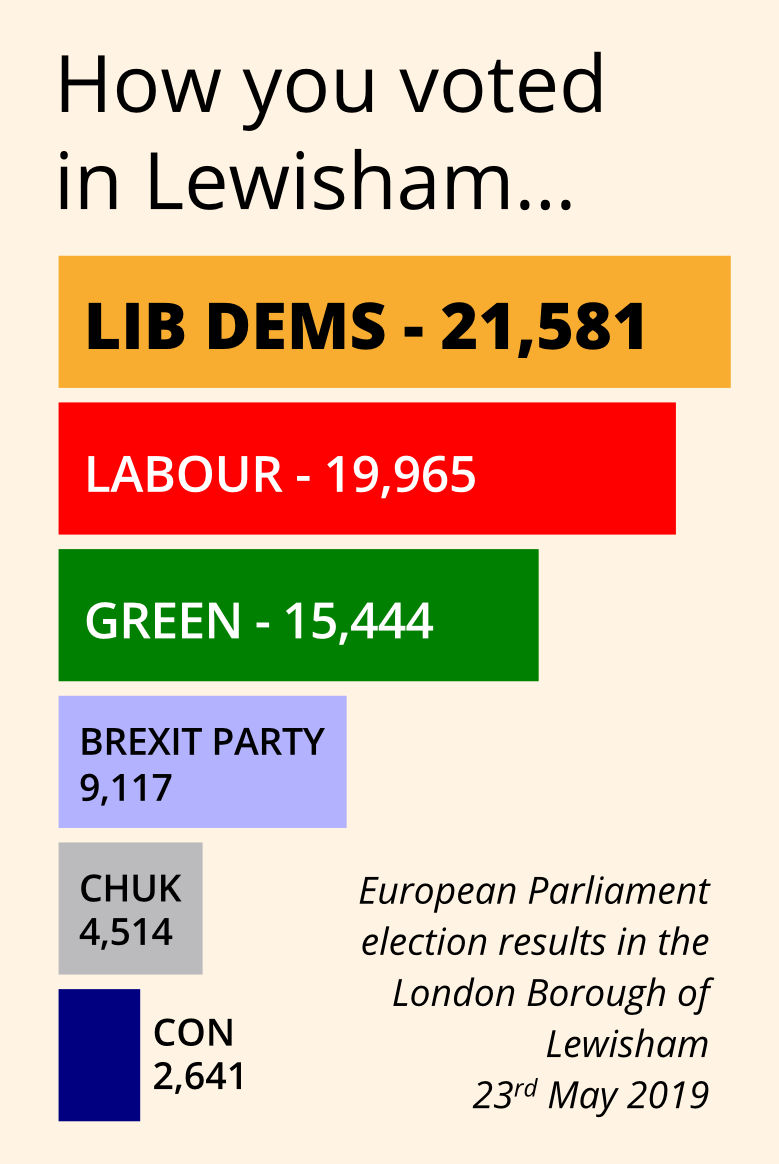 YOU CAN SEE THE FULL RESULTS HERE

“This in an amazing result in Lewisham. Coming first shows the strength of opposition in our community to Brexit, which Jeremy Corbyn’s Labour has failed to fight.

“The results show that people are more and more putting their faith in the Lib Dems as the party who will fight for openness and equality. We stand in opposition to the xenophobia and intolerance of Nigel Farage and hard right Tories like Boris Johnson.

“We’d like to thank all those who voted for the Lib Dems in Lewisham. Our party will now be electing a new leader who will continue Vince Cable’s work and forge a party ready and able to tackle the most important issues of our time. This is a great opportunity for the party to listen to what our communities need from us, and for those who believe in a liberal London to join us and help choose our new leader.”