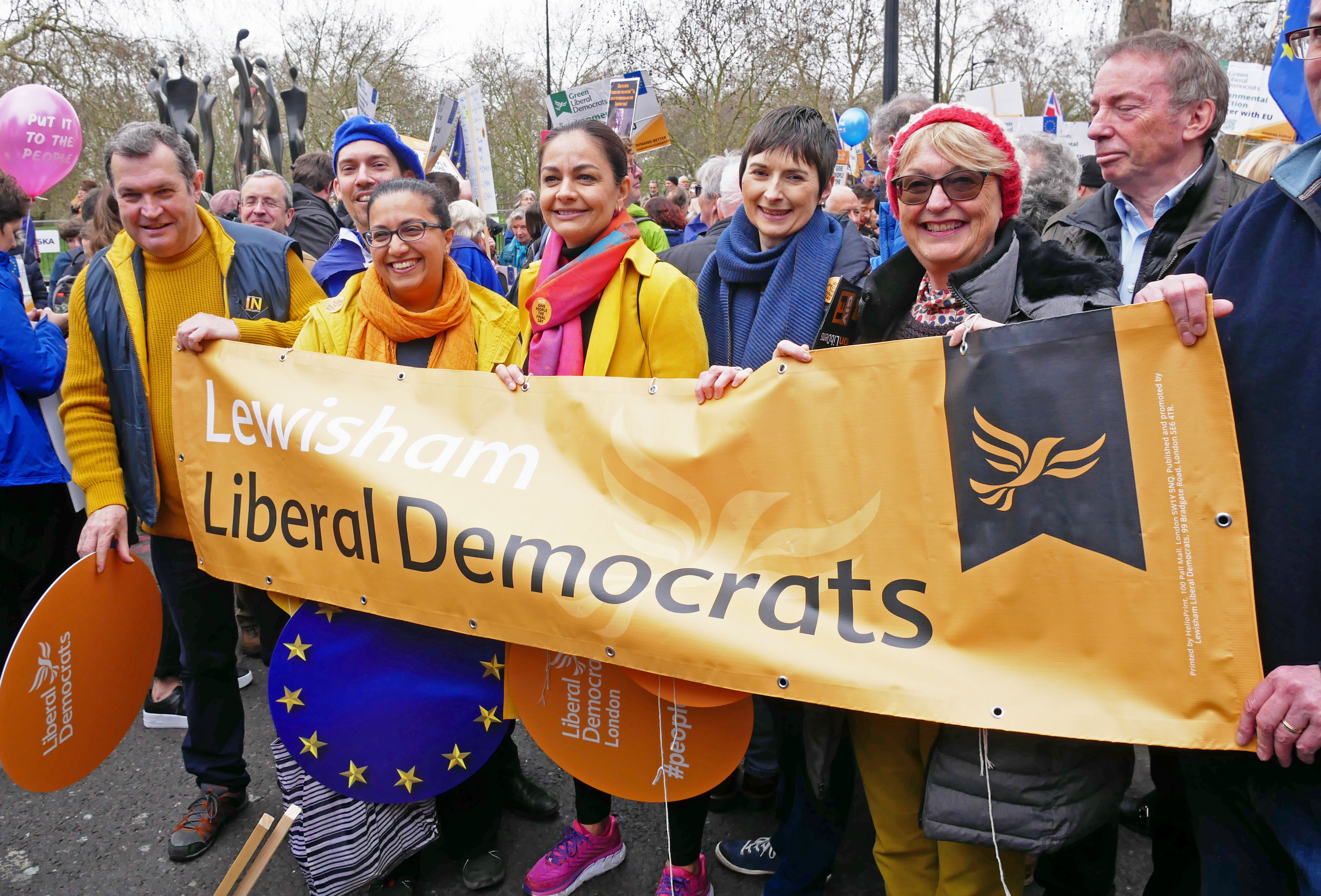 Local Lib Dems have praised Lewisham residents for being at the forefront of opposition to Theresa May’s Brexit plans. As the number of signatories to the “Revoke Article 50” petition reached five million and with over a million people marching in London on Saturday, Lewisham Lib Dems have called for all political parties in Lewisham to unite in calling for a People’s Vote ahead of expected "indicative votes" on options in the House of Commons this week.

Lewisham Deptford is the 15th highest constituency in terms of the number of signatories to the Revoke Article 50 petition, with the other two Lewisham seats not far behind. Trains into London on Saturday from Lewisham stations were also crowded with those attending the “Put it to the People” march. Lewisham Lib Dems turned out in force for the march (see picture)

“It’s fantastic that the Lewisham community is leading the way in opposing the chaos of Brexit. Over 50,000 people across the three Lewisham constituencies have now signed the petition calling on Theresa May to halt the Brexit process. It was also great to see so many Lewisham faces among the crowds on the March, not just Lewisham Lib Dem members who have opposed Brexit from the start, but also to be joined by those from other political parties, as well as so many others.

“I hope that Labour members will put more pressure on Jeremy Corbyn on Brexit. The Tories got us into this mess but the Labour leadership is doing nothing to get us out of it. Lib Dems will continue to do all we can to end the chaos but Labour are missing in action when it comes to the vital votes that could end this mess. We need to see all Lewisham’s MPs voting for a People’s Vote next time Parliament votes for it rather than most of them just sitting on their hands”.