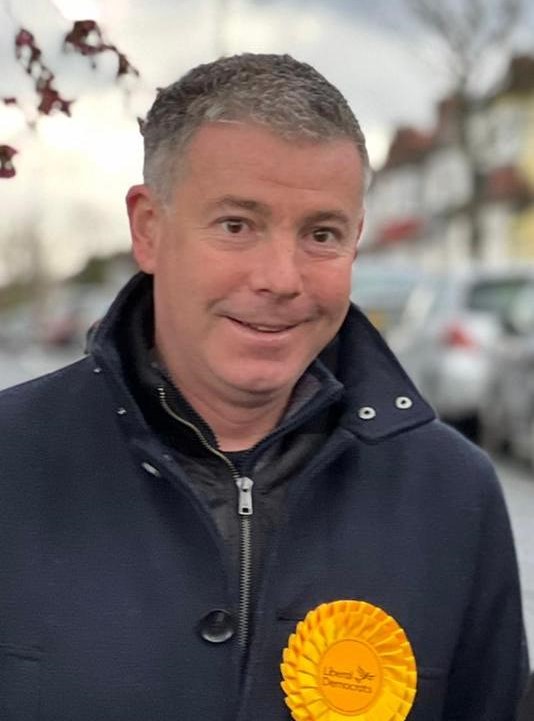 James is a Dad to two children and a dog, and has been resident in Lewisham since 1997 and in the Lee Green Ward since 1999. He volunteers for VSL (Volunteer Services Lewisham) as a driver, has been a constant presence in local vaccination centres since Jan 2021 and regularly gets on his cycle to deliver for 2 local foodbanks – AFRIL and Lewisham (Hope Centre).

For a day job, he founded marketing company www.kingpincomms.com in 1997. He sold his shares in March 2020 and is now active in a number of businesses either as a Non-Exec or directly funding and managing them.

He hates injustice and thinks the LTN needs to go back to the drawing board. 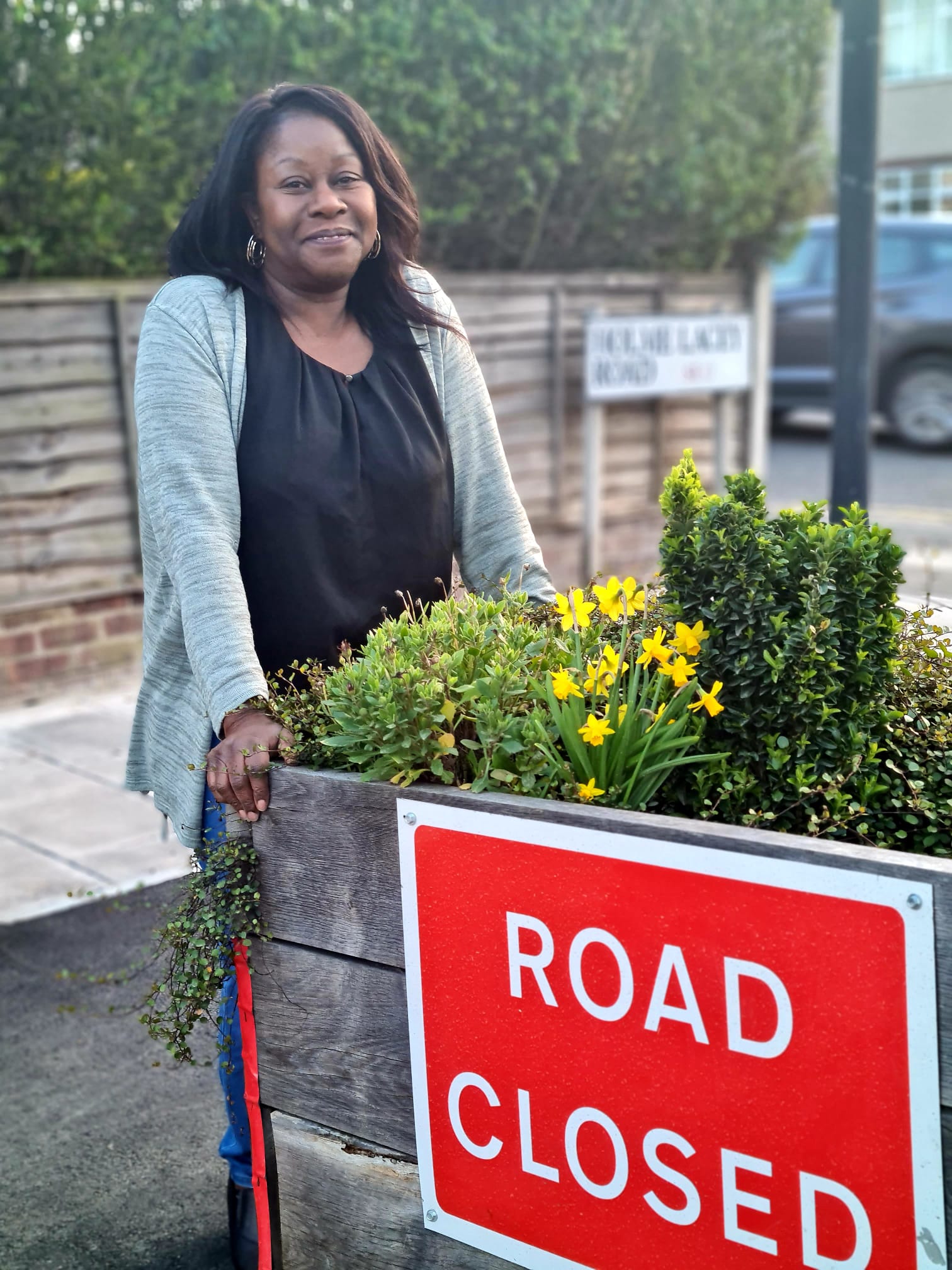 Lorraine, Manor Lane, says "I have lived on Manor Lane since 1988 and always voted Labour, but I can't now, my reason: the LTN. I find the scheme divisive and poorly implemented. It doesn’t work for my family and friends, many of whom are essential workers and they need to get to patients as quickly as possible. Ennersdale Road needs to be properly reinstated, there is no reason for Holme Lacey to be a no through road. It seems as if the LTN has been "pushed" by newcomers who are less than fair; they have no idea of the contributions that Windrush descendants bring to the borough and their agenda doesn’t cater for people like me. I feel as if I am being "elbowed" out of the area." 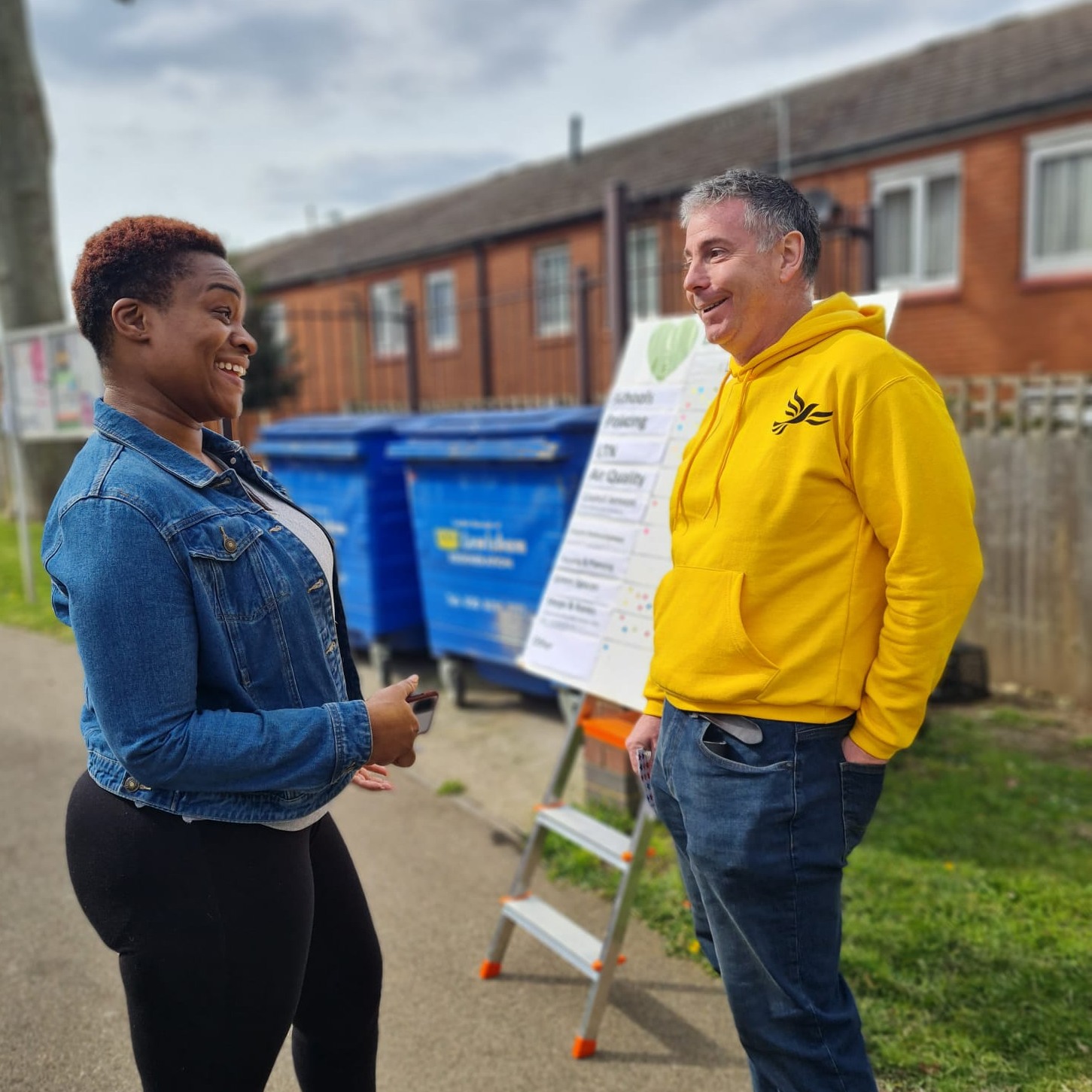 Lee Green Campaiger James Foulkes has been out with the Lib Dem team talking to residents about their concerns.
"Genuinely affordable housing is a huge issue" says James. "We've got to make sure property developers deliver the 50% target for affordable homes. Once they're built, housing associations have got to maintain the new homes properly. At the moment they're failing miserably."

Hear from James in this short video.

A Voice for Our Community

Wordle or One Party State

3 Reasons to Vote Lib Dem & what the Residents Say