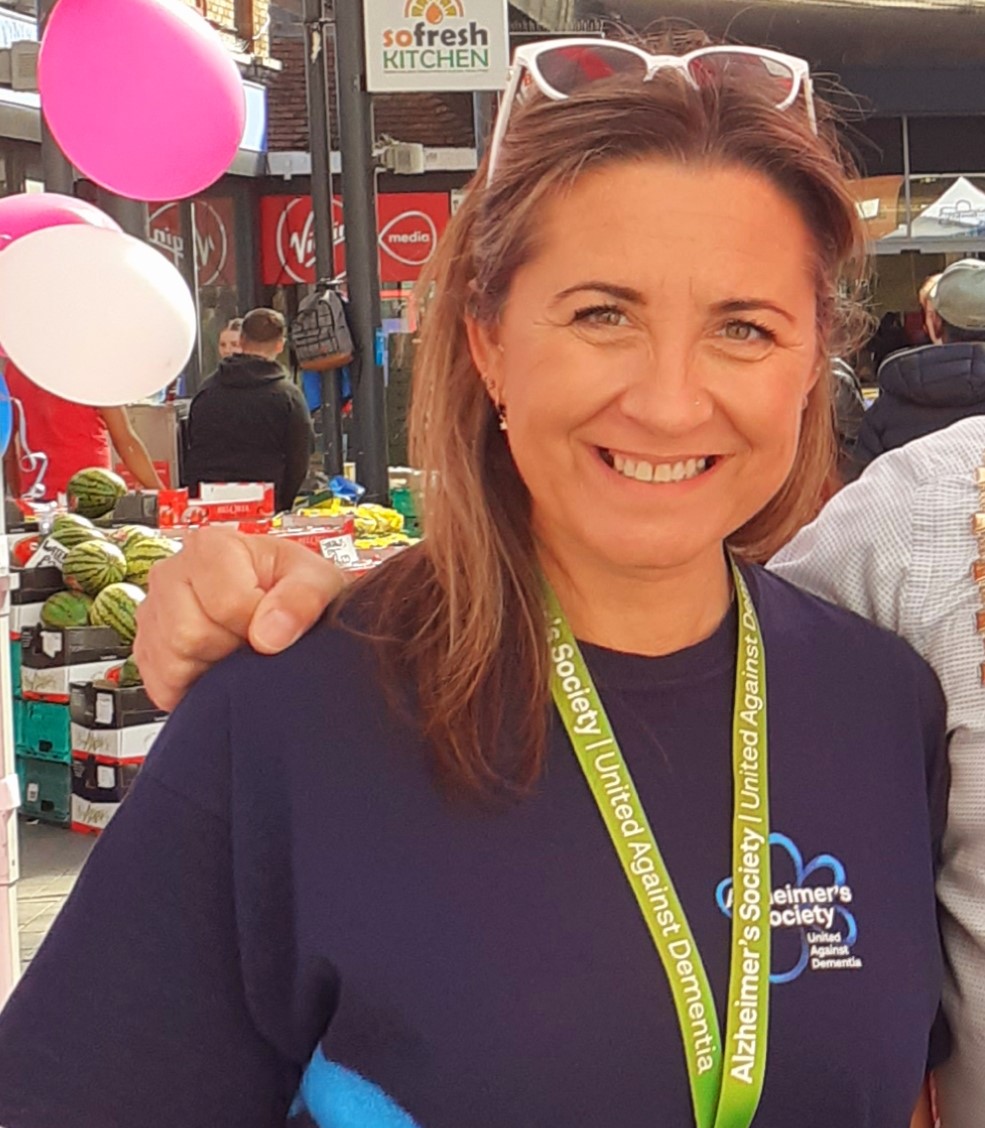 My name is Annie, and I'm 50 years old.  I've lived in Lewisham since 1997, when we bought our first home together in Grove Park.  Two years later, we moved to Murillo Road, Lee, where we started our family. We lived happily there for 12 years and made lifelong friends.  It was there that I found out what a community really is.

We now live in the Grove Park again, not far from where it all started 25 years ago.  We have raised our three children in Lewisham, all educated at various schools, in Lee and Blackheath.

I proudly work at Alzheimer's Society, first as a dementia support worker and now as the Stories Officer.  During the pandemic, I gave as much time as I could to support the COVID-19 vaccination centre in Downham where I met some incredible people, both volunteers and members of our community.

I am generally optimistic, and somewhat a "fixer".  If there's a problem, I like to find the solution.  Some people might know me from my work helping people understand and fight their Penalty Charge Notices (PCNs) as a result of the sudden, and less than clear, introduction of the Lee Green low traffic neighbourhood (LTN).  Those I helped didn't know what to do, many were faced with multiple charges, which they couldn't afford, and in some cases, didn't know they'd accrued.  A volunteer who had recently moved to the ward was making two trips a day delivering food to St. Mungos, the homeless charity in Lewisham. He’d received over 24 PCNs, valued at £3,120. The PCNs piled up, but they had gone to his old address. I got them all cancelled for him. I assisted in getting over 250 PCNs cancelled for people in the most desperate of circumstances, many had contacted their Labour councillors, but had received no support. I had no experience in this field whatsoever, but I learned.

On a happier note, I organised a street party to celebrate the unusual event of England's Football Team playing in the final of the UEFA EURO final in July 2021!  We had 4 days' notice but managed to pull it off with the help of our neighbours.  WHAT A GAME!!

I am a community person, a people person. I'm not a politician but I am someone who wants to help and make some sort of difference.