As a member of Generation Rent, I want to end the young’s housing rough deal – Bobby Dean

Bobby Dean, parliamentary candidate for Lewisham Deptford, has applauded the number of young people who have registered to vote since the General Election was called. Bobby, as a 27-year-old ready to stand up for all people of Lewisham Deptford, says he is "acutely aware of the rough deal my generation gets - particularly when it comes to housing". 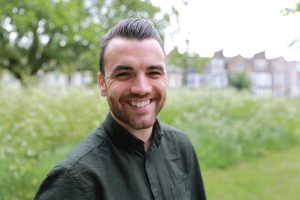 Bobby says today: "Despite earning an average wage for Londoners, home ownership is a distant dream for people like me. Privately renting, I have moved nine times in as many years and I dread the prospect of (one day!) bringing a family into such an unstable environment. For those less fortunate and a little younger than me, the situation is sickening as the Tory’s scrapping of housing benefit for under 21s looks set to force more people onto our streets."

This is why Bobby is pleased with the Liberal Democrats' big commitments to housing in its Manifesto. "The 'Rent to Own' scheme is a brilliant way to get more people onto the housing ladder by giving us a growing stake in the properties we rent. At a stroke, this would turn renters into savers," he says. Bobby is also backing the manifesto's big targets for housebuilding and, crucially, warned developers that if they don’t build the number of homes we need, then the Government will build them instead. "And, of course, we’d reverse that nasty cut to housing benefits for under 21s," he adds.

"With wages still stagnant and Brexit already further squeezing our standard of living, it’s about time we gave young people something to look forward to. I think their home is a brilliant place to start."