Emily Frith: Lewisham’s stations should be accessible for all

Emily Frith, the Lib Dem candidate for Lewisham East, joined a demonstration against Government cuts that will leave local train stations less accessible for people with disabilities and for families with buggies. 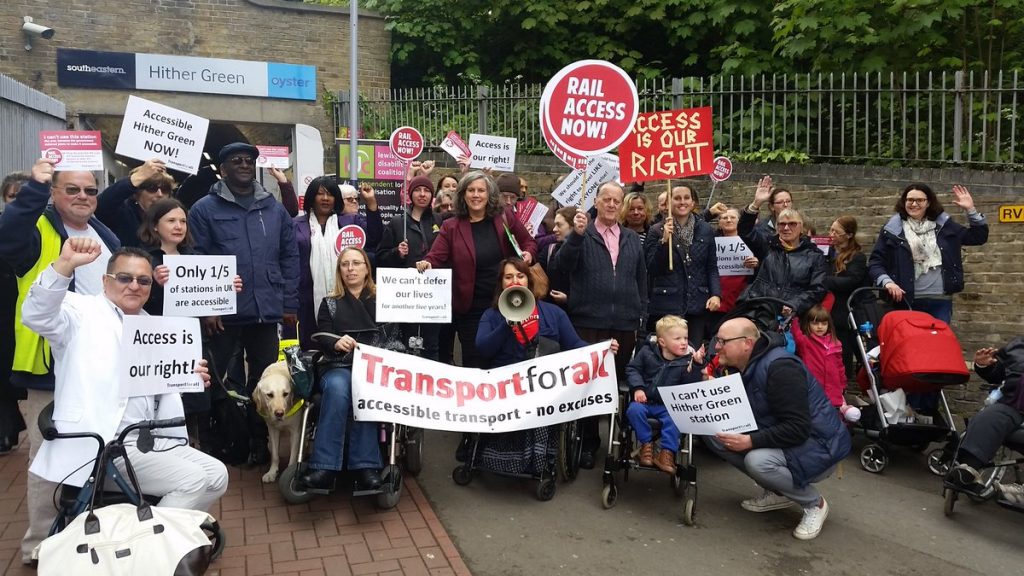 The demonstration took place last Friday at Hither Green station, and was organised by both Transport for All and the Lewisham Disability Coalition. Improvements to the station will be delayed by up to five years because of the Government’s decision to defer £50 million of funding for the Access for All programme.

This is not the only Government threat to accessibility in Lewisham. They have plans to restrict the number of stops made by trains travelling through the borough, which will lengthen journey times and force more people to change trains on what are already crowded platforms.

Emily Frith is campaigning against these wrongs. As well as attending last Friday’s protest, she has previously invited the Chair of the London Assembly’s Transport Committee to the area, and set up a petition which you can sign here.

“This Brexit Government’s decision to delay access improvements for up to five years is a kick in the teeth for local residents. People with mobility problems or buggies have to struggle with steep ramps and stairs to get to the platforms. Many disabled people are forced to make the round trip to other local stations in order to get into London. It is unacceptable that the Government has cut the budget for these improvements.”