Following today’s announcement that there will be a Snap General Election on 12th December, the Liberal Democrats message to Lewisham voters is clear: Vote Lib Dem to Stop Brexit.

Having topped the polls in the European Elections in Lewisham earlier this year, the Lib Dems are ready to elect its first Liberal Democrat MPs in the area. Our Prospective Parliamentary Candidates are:

Following the recent resurgence of the party, it is now a straight choice in Lewisham between the Liberal Democrats and Jeremy Corbyn’s Labour party - who time and again has backed Brexit.

Just this week he failed to back a referendum in Parliament and did nothing about the 19 Labour MPs who voted for Boris Johnson’s Hard Brexit deal. You simply cannot trust the Labour party on the biggest issue of the day.

A Liberal Democrat majority government will revoke Article 50 to Stop Brexit and get on with tackling the climate emergency, inequality and the housing crisis. 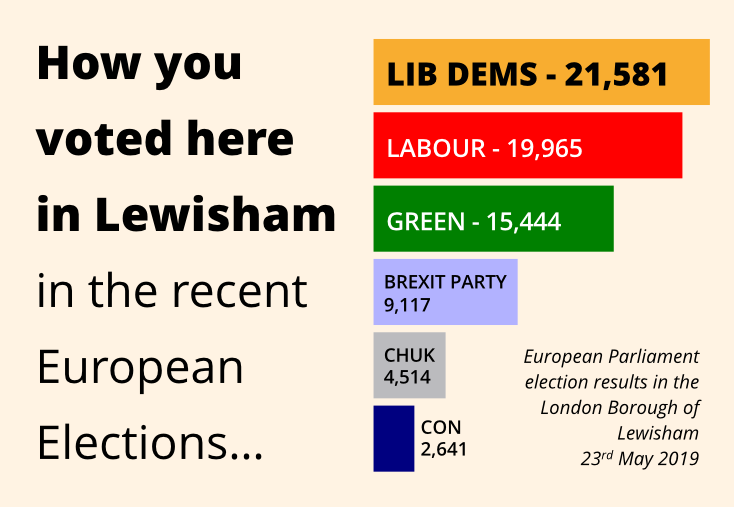